An event every week that begins at 11:00 on sunnuntai, tiistai, keskiviikko, torstai, perjantai and lauantai, repeating until 5.12.2020 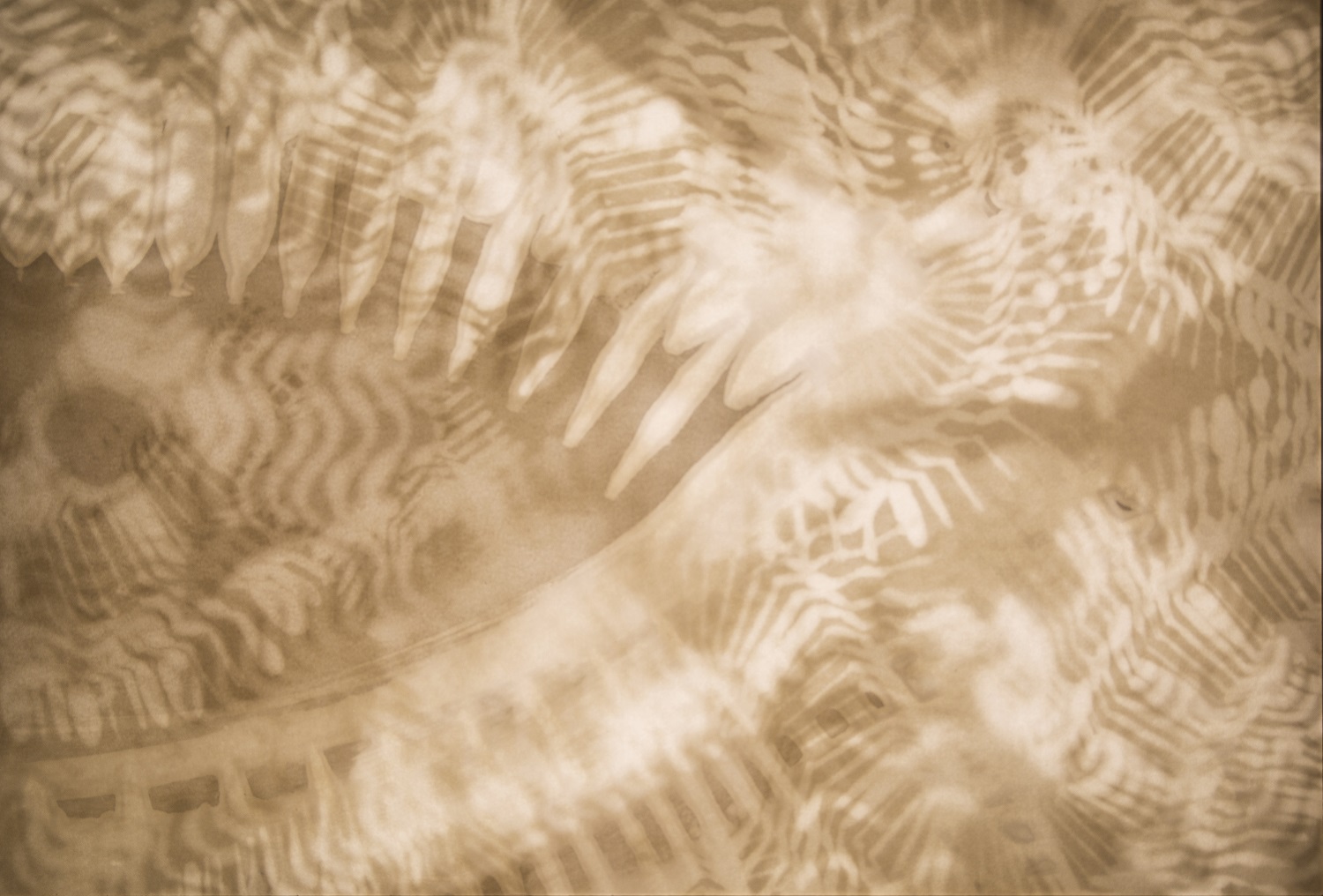 The experimental light drawing technique developed by Anu Raatikainen plays with the concepts and sensations of materiality and surface. The signs drawn with a special paint that retains its shape on the surface of the paper guide the flow of light reflected from behind through the drawing traces. Paper can be perceived as a kind of membrane-like filter through which the flow of experiences and events is filtered and conceptualized. The works act like the human mind, structuring the world from endless possibilities into its defined and conceptual form. According to the artist, the title of the exhibition – Living Creatures – refers to the elements of the works as subjective actors, which playfully appear as allegories of consciousness.

The light in the works is in a subtle dialogue with other materials. In the glow of the light source, parchment-like paper appears brittle and delicate, which is enhanced by the coldness and hardness of the steel light structures as well as their robotic nature. The juxtapositions bring the presence of the human experience and the sensitivity of nature, counterbalanced by the hardness and coldness of the industrial world. The art gallery’s exhibition brings light and visual art together in a new way, often different from light art, which focuses on projection and lighting design. For Raatikainen, light has been a new unifying factor in her art as a medium, a theme and a metaphor for several years. In addition to the concepts of materiality and surface, the light drawing technique also has poetical, allegorical and art historical connections. The figurative language of the works has been influenced by early forms of writing such as cuneiforms, pictographs as well as nature and science fiction.

Anu Raatikainen is a Finnish multidisciplinary artist based in Helsinki. Raatikainen graduated from The Academy of Fine Arts with a Master´s Degree in 2017. She has been participating in group exhibitions in Finland as well as Italy and Sweden. In 2019, Raatikainen worked at the artist residence Studio Kura in Japan, where she held her first solo exhibition. Lately, her works have been on display in a solo exhibition at the MUU Gallery in Helsinki at the end of 2019, and this summer at the Wiurila summer 2020 group exhibition in Salo. The exhibition and Raatikainen’s work have been supported by the Uusimaa Regional Fund of the Finnish Cultural Foundation, the Arts Promotion Centre in Finland and the Paulo Foundation.

Detail from the piece Sunrise from a Long Time Ago (2019)