An event every week that begins at 11:00 on Sunday, Tuesday, Wednesday, Thursday, Friday and Saturday, repeating until 18.10.2020 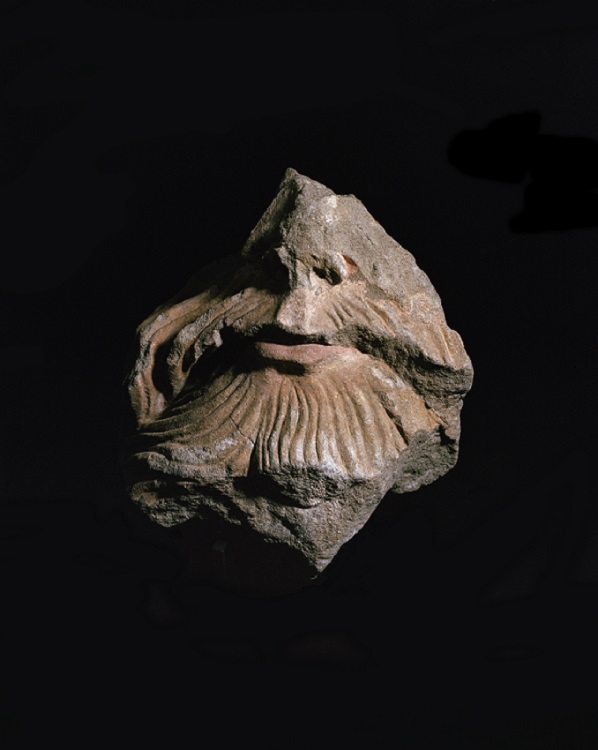 The artist Christian Langenskiöld (b. 1978) is interested in the contradictions of the human mind, which he sees as innate, and therefore conflict is a central starting point in his artistic work. In his works, Langenskiöld examines how contradictions are reflected in human behavior and extensively combines different fields such as archeology, medicine, psychology and art history.

In his Marionette project, the artist considers violence as an aspect alien to humans, but at the same time a significant factor in the evolutionary history. The exhibition consists mainly of photographs. For his project, which began in 2018, the artist has done background research and collaborated with Hangö Front Museum, an archeological team and the Bern Historical Museum.

The contradiction as a driving force for human development also emerges in the history of art. A good example of this is the art destroyed in churches during the Reformation as a result of iconoclasm. That in turn, promoted the Counter-Reformation and the emergence of the Baroque style. Probably modern art was born in the same process when works of art were transferred from churches to private collections to save them from iconoclasm.

According to psychological research, for example, the events experienced during the war gave rise to much of the pain we feel nowadays generations later. Langenskiöld sees that his own grandfather’s wartime experiences have moved into his spiritual landscape. However, their manifestation and the way in which they guide the artist’s feelings and perceptions are unclear to him.

Contemporary tensions have made the artist think about the appeal of anger and violence. He reflects on how violence and conflict are part of human nature, and approaches conflict as an artistic theme. The deep wounds caused by violence to the human mind, as well as their possible inheritance from one generation to the next, suggest that violence is unnatural to humans. On the other hand, history shows that wars and violence have been one of the main forces driving human development. Based on this, violence is strongly ingrained in humans. The artist tries to understand how one can relate to this contradiction and fascination with violence.

The artist reflects how understanding and patience could be strengthened in today’s emotional and politically contradictory atmosphere. Contradiction, pain, and the unpredictability of life are among the oldest themes in art. Perhaps they could be used to highlight the shared aspects of the human experience and to remind us of our mortality and shared ability to experience greatness.