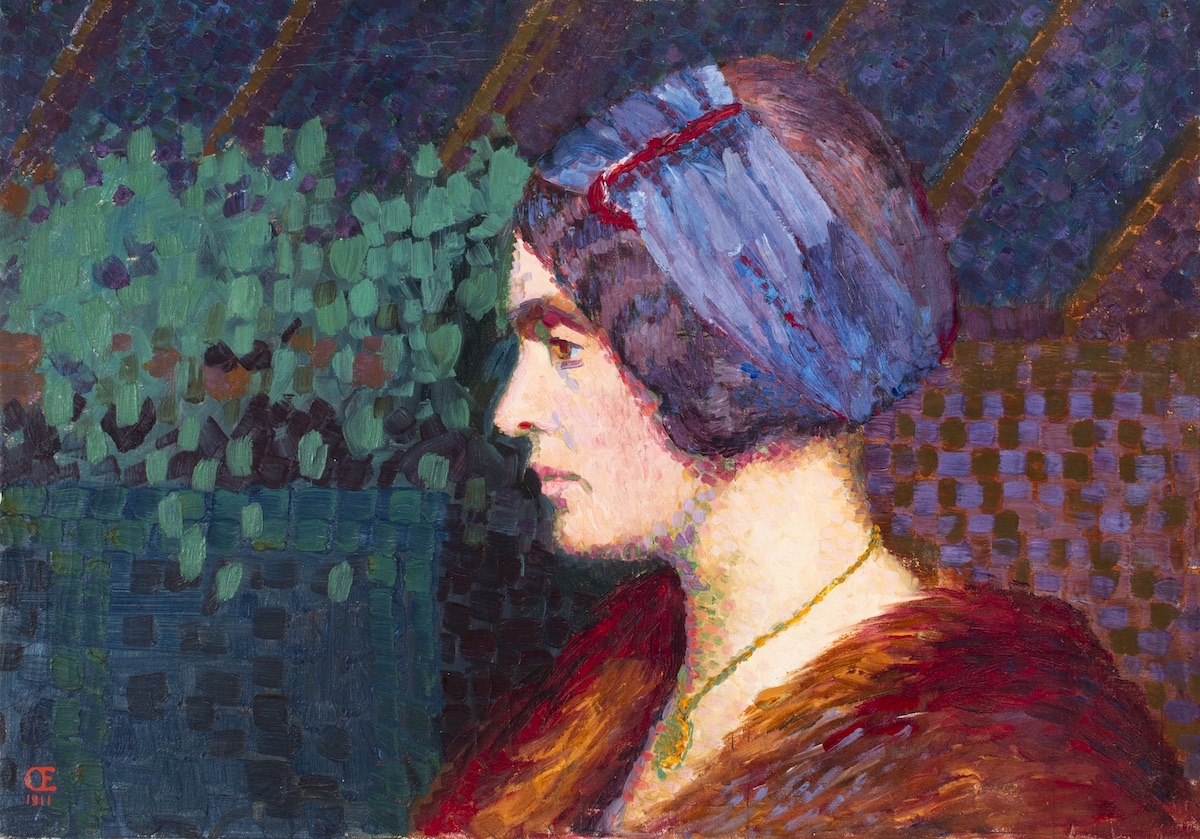 Olli and Bucklan – The Life and Art of the Ehrströms

The artist couple Olga Gummerus-Ehrström (1876–1938) and Eric O. W. Ehrström (1881–1934) are great unknowns in Finnish art history. Their most active years were between the 1890s and 1930s. The exhibition about their life and art, which can be seen in the Tikanoja Art Museum, presents the works of both artists in a diverse way. The exhibition has been produced in collaboration with the Serlachius Museums in Mänttä, where it was on display during 2019-2020. The material presented is compiled from Ehrströms’ collection of more than 4300 sketches and works, which the artist couple bequeathed to the Gösta Serlachius Art Foundation in the 1930s.

Olga Gummerus-Ehrström and Eric O. W. Ehrström were known by their nicknames Olli and Bucklan. Olga was called Olli since childhood and she even received official mail under that name. Eric was nicknamed Bucklan because of his round stomach. The name apparently came from the Swedish saying “att buckla koppar” and referred to the traditional, round shape of copper cauldrons.

Olli grew up in Vaasa and attended the Swedish girls’ school in Vaasa, where her aunt Augusta Krook (1853–1941) was a director. At the age of 16, Olli moved to Helsinki to study at the Ateneum Drawing School. The career of the young artist was still followed in her old hometown when the newspaper Pohjalainen wrote in July 1897: “Miss Olga Gummerus, born in Vaasa, who graduated with excellent grades from Ateneum, has recently finished an altarpiece. The audience considers the work of the young artist successful.”

Olli, who continued her studies in Paris, was a talented portrait painter who looked at her subject with a precise psychological approach. The artist’s production also includes numerous self-portraits, a significant part of which can be seen in the exhibition of the Tikanoja Art Museum. During her marriage, Olli became extensively acquainted with the industrial arts by designing and implementing for example stained glass, textiles and applied graphic art, both independently and in collaboration with her husband. Fazer’s confectionery packaging design is certainly the most widespread of her work.

Bucklan started his studies at the Finnish Art Association’s School of Drawing in 1899. The same year, he became an apprentice of Axel Gallén (1865–1931, since 1907 Akseli Gallén-Kallela) in Kalela, Ruovesi. After that, he studied smithery as well as repoussé and chasing in Paris in the early 20th century. There he met Olli and they got married in 1903. Bucklan was a blacksmith and a decorative artist, best known for his work with repoussé and chasing as well as enamel. He also designed jewelry, glassware, dishes, and created applied graphic art and printmaking. In addition to these, Bucklan was a conservator, teacher, author, illustrator and a cook.

In the autumn of 1918, Bucklan designed the crown of the King of Finland, which, however, was not completed before the change of government. Goldsmith Tuomas Hyrsky manufactured the crown according to Bucklan’s sketches in 2018. It will also be on display in the exhibition at the Tikanoja Art Museum, as well as samples of his designs for coat of arms. These include the model of the coat of arms of the Finnish flag from 1920 and Vaasa’s coat of arms.